Showing posts from September, 2018
Show All

How Much Is Your Last Will and Testament Worth? 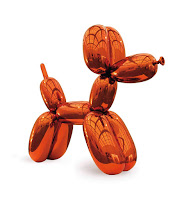 Everything has value; what varies is the measure of value attached to it. What is seen as worthless to one could be priceless to another. The worth of a thing is determined by the value a person or the society attaches to it, whether it is a 1962 Ferrari 250 GTO, a Hermes handbag, or a simple pen.   How Much is Your Last Will and Testament Worth ? Several items are auctioned around the world annually. Such items ranging from valuable antiques and collectibles to artworks made by famous artists are sold at very high prices. For instance, Jeff Koons, an American artist sculpted a balloon dog which was auctioned and bought for $58.4 million in 2013!! Pretty amazing I’d say!                                           The last will and testament of Walt Disney, the man behind many beloved cartoon characters and Disneyland, was auctioned in 2017. It Sold for $11,875 even though it was expected to fetch between $40,000 and $60,000.  That is not a bad price for a person’s Will Si
Post a Comment
Read more
More posts