Showing posts from July, 2018
Show All

- July 27, 2018
CUSTOMARY LAW LIMITATION  Customary law is generally a make-up of rules and traditions peculiar to a people that are accepted as binding upon them. As discussed earlier, customary law puts certain restrictions on the testator’s right to share his properties to whomever he wishes. It should be noted however that Customary law does not prohibit the making of Wills, it merely restricts testamentary freedom with regards to a particular property that is subject to customary law; it is argued that some properties are sacred by Customary Law and as such cannot be disposed of by the Testator however he wishes. This principle is reflected in section 3(1) of the Wills Law of the former Western Region (comprising of the former Western Region except for Oyo and Lagos), it reads as follows: “Subject to any Customary Law relating thereto, it shall be lawful for every person to demise, bequeath or dispose of, by his will executed in a manner hereinaf
Post a Comment
Read more

3 Strange Wills That Will Leave You Amazed! 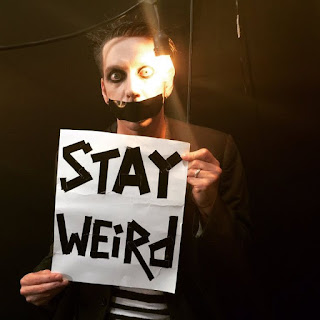 When you hear the words: “Have you created your will,” what is the first thing that comes to your mind? I will leave you to answer that. We are fond of saying that drafting a will is boring but guess what that is not a true fact; will drafting is as much fun as watching your favourite movie. Leaving instructions for what should happen to your finances after your death is a serious matter – but for some the temptation to cause mischief or raise a smile from beyond the grave is too much to resist. After all, for some people a will is not just a list of bequests; it’s a chance to leave a loved-one a final thoughtful gesture, or show a hopeful relative how much you preferred the dog to them, lol!! We’ve rounded up 3 strange inheritances left in wills for anyone needing a little inspiration: 1.    A WIFE FOR A GAY SON Like seriously, a wife for a gay son!! Frank Mandelbaum proved to his son that he can also play a major role in his life even in his death. When Fr
Post a Comment
Read more 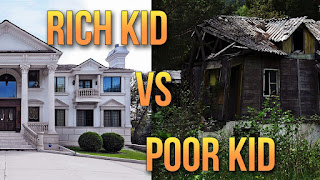 A lot happen in Nigeria on a daily basis; things that we can’t control, those we have total control over, those ones which gets us completely excited, the ones that leaves us in tears and disappointed. People fondly say that waking up the next morning is an opportunity to making yesterday better and an avenue to secure for yourself a great future. Imagine a 28-year-old Nigerian who is doing so well, has a reasonable amount of money to take care of his or her responsibility and that of his immediate family members but never for once thought it necessary to organize his or her assets or write a will state specifically who gets what and at what time. Then also envisage another guy in the same age bracket as the former, who isn’t doing so well, struggles to feed daily and can’t even take care of his family, but he has taken out time to organize his assets and assign the few property he owns members of his family by writing a will. Still in our imaginative world, both guys
Post a Comment
Read more

Understanding The Differences Between A Will And A Trust 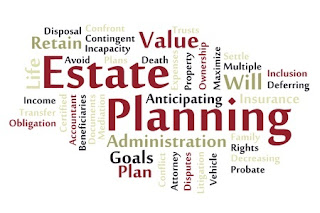 Everyone has heard the terms "will" and "trust," but not everyone knows the differences between the two. Both are useful estate planning devices that serve different purposes, and both can work together to create a complete estate plan. One main difference between a will and a trust is that a will goes into effect only after you die, while a trust takes effect as soon as you create it. A will is a document that directs who will receive your property at your death and it appoints a legal representative to carry out your wishes. By contrast, a trust can be used to begin distributing property before death, at death or afterward. A trust is a legal arrangement through which one person (or an institution, such as a bank or law firm), called a "trustee," holds legal title to property for another person, called a "beneficiary." A trust usually has two types of beneficiaries -- one set that receives income from the trust during their lives and anothe
Post a Comment
Read more

I'm Not Rich — Do I Still Need To Write A Will? 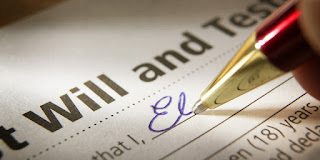 Since  Carrot was introduced to the Nigerian market, there have emerged certain hurdles or walls that must be smashed from the mindset of Nigerians regarding wills; one of such is the belief  that they have no need for a Will because they are not rich. when asked if they have wills, the most popular answers they give aside from the obvious "are you praying for me to die" is “what do I have to want to give to someone else”?  Believe it or not, you can write a will even if you don’t own properties or have tens of millions of Naira stashed away. The idea behind a will is that you distribute whatever you have that is of value to you to whomever you desire to have them. The importance is placed on the value you attach to the item, the little you think you have matters. It is also a source of comfort for your loved ones knowing you cared enough to protect them from life's harsh realities.  If you leave behind a will, it saves your family a whole lot of stress
Post a Comment
Read more

LIMITATIONS TO TESTAMENTARY FREEDOM IN NIGERIA #1

- July 10, 2018
In Nigeria, the applicable laws in our legal system consist of received English law (Common law, Doctrine of Equity, Statutes of General Application), Local Law (Domestic enactments), Customary Law, Sharia Law and Judicial Precedents (case law). The act and practice of Estate Planning in Nigeria; a Last Will and Testament in this context, is defined by one or more of the laws listed above. The laws regulating Wills broadly include the following: ·         Statutory Law: includes received English Laws and State laws enacted by the legislature. ·         Customary Law: refers to a body of customs accepted by members of a community as binding upon them. These customs that pass the repugnancy and compatibility test are sometimes codified by the state. ·         Islamic Law:  the law according to the Muslim faith and as interpreted from the Holy Qur’an. Islamic law derives its sources from the Qur’an, Sunnah, Ijma, and Qiyas. These laws recognize the right of an individual to ac
Post a Comment
Read more
More posts