The Girl-child and Her Right OF Inheritance 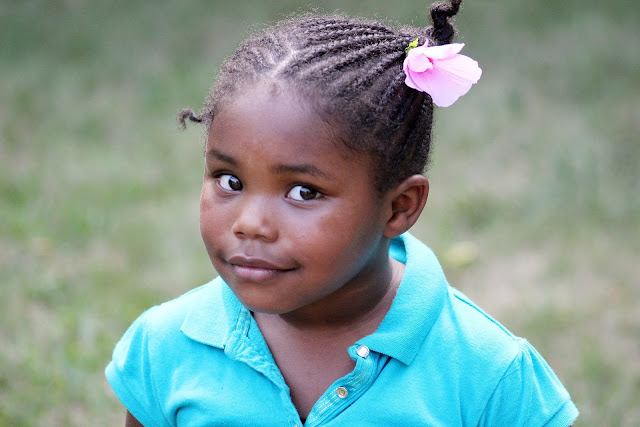 From time immemorial, the female gender has faced a host of discrimination; deeming her inferior to the male. Her right to work, vote, education, roles she could assume in society, whether or not she could own properties or be allowed to inherit properties from her father have all been decided by a mainly patriarchal society.

Nigeria is no stranger to the relegation of women to the background; especially through customary law and practices. One of the most prominent is the right of the girl-child to inherit property.
In different parts of Nigeria, customs restrict or totally exclude women from inheriting property (especially landed property) from their husbands or parents. This is especially worse for widows, as they are often regarded as property themselves; “items” to be inherited by their brothers-in-law. Even the less derogatory customs tend to tie a woman’s right to inherit to whether or not she has a male child.

Female children can now inherit from their fathers and they cannot be discriminated against due to their gender!
This was the decision upheld by the Supreme Court of Justice in a Landmark judgment when it overruled and ousted the Igbo customary law that disqualified a female child from partaking in the estate of her deceased father.  This is because the custom contravened the fundamental rights against discrimination as guaranteed in sections 42(1) and (2) of the Constitution.
Justice Bode Rhodes-Vivour who read the final judgment held that “no matter the circumstances of the birth of a female child, such a child is entitled to an inheritance from the late father’s estate.
This is a victory for daughters everywhere!

Visit www.carrot.ng to plan your estate. Get started today!

At the beginning of every year, we set goals that we want to accomplish or live by throughout the year; “new year resolutions” as we know them to be. About 66% of people enter the New Year without resolutions. What is amazing is that of the 44% that do make resolutions, most of them almost never get to see the end of the year. According to statistics, about 83% of people break their resolutions within the first 3months of the year and only 11% see their resolutions through. It’s okay, we all have at some point in our lives done this. What is unforgivable though is living without an estate plan. A goal that addresses your financial, charitable, insurance, retirement and succession plan should top the list of your resolutions this year. If you are going to create an estate plan and leave instructions over the distribution and management of your estate, then, the most important planning tool is communication. If your wishes are not communicated adequately then it can divide
Read more

Olivia was five years old when her parents divorced. Her mother, Sarah, moved out of the cozy house she had once shared with her ex-husband, relocated back to Nigeria and moved into a much bigger lavishly furnished house with a beautiful view of Lagos. Olivia had a room to herself and a big playground to run around in, but it was never the same and she was lonely. Sarah was an investment banker in one of the top firms in the state and had dabbled a little in real estate earning her a sizeable estate and counting. Putting the divorce behind her, she focused on building a future with her daughter by her side . Her busy schedule allowed her to see her daughter only at night. She found Olivia curled up in her bed one of those nights; a mountain of pillows around her like a forte, fast asleep. Releasing a sigh, Sarah laid watching Olivia “you will understand someday baby, I am working to build a future for you” she whispered brushing Olivia’s hair. 4:45pm Thursday Evening.
Read more