RICH PETS FROM AROUND THE WORLD

To quote Vanguard, “very strange things really do happen in Nigeria”. This was said in reference to the recent uprising within the animals living among us; no longer content with staying behind the scenes.
It was a remarkable dawn for Nigeria when a new trend of millionaire animals crashed into our economic sector sometime in February; ranging from a mysterious “spiritual” snake swallowing N36 million from a vault in JAMB office, to monkeys carting off with N70 million belonging to Northern Senators at a “farm” in Nasarawa State. One could blame this new thirst for money on peer pressure, after all their counterparts in the western world are living large, with huge sums of money to their names; the only difference being that while the Nigerian animals are amassing their wealth through illegal means, the rich pets in these countries inherited theirs legally through bequests.
Millionaire animals are not a new concept to most people in developed countries. Many Testators have bequeathed large legacies to animals (pet or not) with some leaving their own children entirely out of their wills. Crazy but true!. The following are tales of rich pets from around the world: 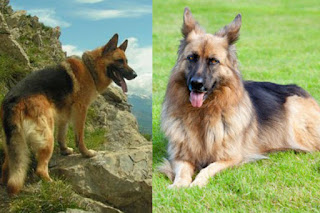 GUNTHER III: Carlotta Liebenstein, the German countess passed in 1991, leaving an incredible fortune of $80million to her beloved pet dog, Gunther the third. His only offspring and heir, Gunther IV, who inherited $375 million due to investments made, literally lives in the lap of luxury with a personal maid, a chauffeur-driven limousine and a custom-built swimming pool. Talk about a canine dynasty! 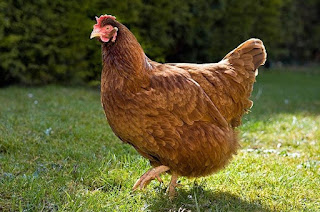 Meet Gigoo, the world’s richest chicken, she has the bank account most people only dream of. Gigoo was the beloved pet of the British publishing mogul Miles Blackwell. Blackwell passed away in 2011, just three weeks after his wife, leaving a sum to the tune of $16 million to Gigoo as an inheritance. (Had Gigoo lived in Nigeria, she would have been found at the bottom of the pot with her inheritance “swallowed” by the deceased’s relatives).
TROUBLE 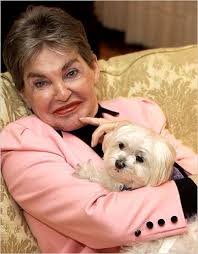 LEONA HELMSLEY: often referred to as the ‘Queen of Mean’, although her dog would strongly disagree. Helmsley died at the age of 87 on the 20th of August 2007. She provided for her dog, Trouble, creating a $12million Trust to ensure that the dog lived out the rest of her life in the luxury that she was in no doubt accustomed to. The Trust was to be overseen by her brother, Alvin Rosenthal, to whom she left the sum of $15million. The Will stipulated further that when Trouble died she was to be buried next to her mistress in the million dollar mausoleum owned by Harry Helmsley (her husband), in Westchester, New York. Although Leona gave $5 million each to two of her grand kids; she left out two others ‘for reasons best known to them”. It was reported that Trouble received about 30 death and kidnapping (in this case, dog-napping) threats while the Will was being challenged in court by her aggrieved grandchildren. The court reduced Trouble’s inheritance from $12 million to the sum of $2 million for her upkeep. Only then was it safe for the “troubled” dog to come out of hiding.
While this may seem absurd to many, especially to a lot of African minds, the owners of these animals were able to ensure that their beloved pets would continue to live in the luxurious lifestyles they were accustomed to, by leaving huge sums as inheritance in their Wills or creating such Trusts as would carry out their wishes.
The aforementioned stories may happen in Nigeria in a Zillion years to come, but if ever one wishes to ensure that their loved ones (pets or not) are well taken care of and protected, Wills and Trusts are always the right way to go. Take that step, turn the unexpected into opportunities for your loved ones!
#Wills&Trusts#