DIATHEKE: The Last Will & Testament of Christ 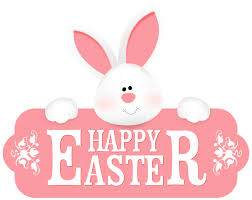 A Last will and testament is not a concept that is peculiar to our modern society alone; it is a practice that has been in existence in the ancient world as well.
Diatheke is a Greek word which means ‘to set out in order’ or ‘to dispose in a certain order’. It was commonly used in the Greco-Roman world to define a legal transaction in settling an inheritance which we know as ones last will and testament today.
Diatheke was used to translate ‘Beriyth’, the Hebrew word for ‘covenant’. This shows that it was used in reference to both covenant, as in an agreement between two parties with each having obligations and benefits attached, and one’s last will and testament; an obligation undertaken by one, which is the focus of this article.
It is not absurd to assert that Jesus Christ had a last will and testament, and here is why: apart from the fact that the tone of gospel writers like the Apostle Paul and John depict Christ as a Testator, there are certain verses of the Bible states so:
“16 for where a testament is, there must also of necessity be the death of the testator. 17 for a testament is of force after men are dead; otherwise it is of no strength at all while the testator liveth” (KJV Hebrews 9:16-17).

It is interesting to note that even the Diatheke of Christ fulfilled the requirements for a valid will:
·       He was of proper age (Luke 3:23)
·       He was of sound mind (Col 2:3)
·       He had something to leave and they were his to give(Mark 10:29-30)
·       He specified, with conditions attached, who his beneficiaries were (Rom 8:17, Gal 4:4-7, James 2:5)
·       Benefits to be given away were stated in several verses of scripture
·       His will was witnessed and written down by the Apostles(John15:27, john 21:24)
·       The will took effect at his death (Heb 9:16-17).
·       His disciples were appointed as executors of his will(2 Cor 5:20, Mark 16:15)
The death of Christ not only rendered His Will irrevocable in that no one can revoke a valid will once it has been effected; it also made a way for the heirs of promise to enter into their inheritance.
As we celebrate the death and resurrection of Jesus Christ; remembering his sacrifice and our inheritance in him, let us also follow His example. There comes a time in everyone’s life when one should create a Will for the security of loved ones and preservation of one’s legacy, and no one says it better than the wisest king who ever lived, “Good people leave an inheritance to their children”(proverbs 13:22a).