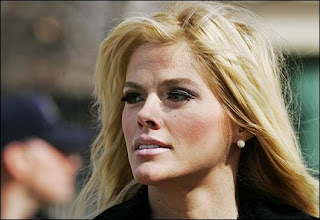 The glamorous lifestyle of the rich and famous are endlessly fascinating and enviable. living a life with access to everything they could ever want is one to be coveted, it almost seems as though they have it all together; a trouble-free life. However, they face some troubles just like the regular people do especially in the area of inheritance.

It is often assumed that the privileged among us would have it all sorted out with regards to estate planning and wills since they can afford it, but that is not the case as they often times make a lot of errors causing conflict over inheritance  at their passing with family members vowing to never speak to one another.

The turbulent life of Anna Nicole Smith (legally named Vickie Lynn Marshall) involves disputes over he late husband's estate. She was an American model, actress and television personality who married J. Howard Marshall in 1994 when he was 89 years old, Anna was just 26 at the time. 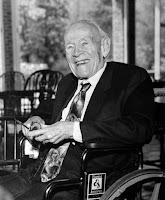 The 89-year-old oil tycoon died 14 months after the couple married, sparking a contentious law battle over his $1.6billion inheritance. According to Anna, she had married for love and was shocked when her husband passed leaving the bulk of his estate to his son E. Peirce Marshall after he had promised to leave her half of his fortune.

The reality was that Howard Marshall had neglected to make a new Will and she was not mentioned in his existing testament.  The court battles have raged on for over 20 years with many twists and turn along the way. Anna challenged the will in Texas claiming a part of her late husband’s estate with E. Peirce Marshall disputing her claim. She joined forces with his younger brother also named J. Howard Marshall III whom the elder Howard had disowned after he tried to take control of Koch Industries.

Howard III also claimed that J. Howard Marshall had verbally promised him a portion of the estate; like Smith, Howard III was also left out of J. Howard's will

The case had its first twist when Anna Nicole filed for bankruptcy in California. Pierce somewhat foolishly decided to sue her for defamation in the California bankruptcy court. Not a wise move as this gave Anna Nicole the chance to counter sue. Her argument was that Pierce tricked her devoted husband into not including her in his will.

Anna was awarded $475million by the bankruptcy California Court but the Probate Court in Texas decided in favor of E. Pierce as against Howard III and Anna.  In July 2015, a ruling reversing the previous decision that Anna Nicole’s estate should pay sanctions to Pierce Marshall’s estate was made. The Court drama continued with rulings given in favor of Pierce Howard.

The disheartening thing is years after the death of Anna Nicole Smith and Pierce Howard, the battle over the estate of J. Howard is still ongoing. In January 2017, a Texas judge, Judge Mike Wood, who has had the case on his docket for nearly two decades finally had enough: he wants out.
The truth of the matter is, the process of estate planning does not just stop at making a will, it goes further than that; it is important for a testator to constantly review the terms of his will to reflect his/ her current wishes. This goes a long way to avoiding conflicts over who is entitled to what the testator owns.